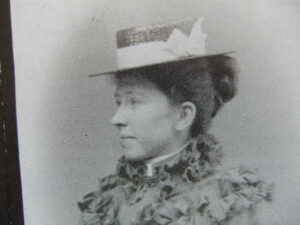 Arthur was a watchmaker, who had been born in Willingham and although the couple were living in Tring, Hertfordshire in 1901, they had moved to Cambridge by at least 1910 when their only son John Eric (1910-1994) was born.  The couple lived at Tenison Road, and by 1939 Arthur had retired and Alice was described as an invalid.

Arthur Norman moved to live in Twickenham and died there in July 1949.