This stone cross on double pedestal, the stone cross fallen and separated from its base, in the parish area of All Saints, is located to the east of the western path as the latter begins to curve right (northwards), five rows from the path.

By trade her father James was a hairdresser and perfumier.  He was appointed Chief Constable for the town of Cambridge in 1835 and Constable for the University of Cambridge in 1836.  He was twice present when Prince Albert came to Cambridge and in 1844 was appointed print-seller to Queen Victoria.  He kept a scrapbook through much of his life, which contains a letter to him from Buckingham Palace.  The scrapbook was donated to the Cambridge University Library after his death.  He and his brother were interested in the theatre and were founding members of the Cambridge Garrick Club.  His obituary appeared in the Cambridge Chronicle on 5 May 1882.   Henrietta’s eldest sister Jane Harriet is buried in the family grave in the Holy Trinity area of Mill Road.

Henrietta married Robert Thomas Castlemaine Handcock on 11 April 1862 at St George’s Church, Hanover Square, London.  However it was a very unhappy marriage and he was violent towards her.  In 1878 they became managers of the Westminster Hotel in Rhyl and eventually Robert left Henrietta for a waitress, and she applied for a divorce.  As this was rare for a woman then, she had to prove his adultery and cruelty.  On 7 November 1879 she was awarded a decrees nisi and it was reported in The Times. 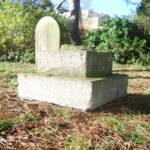 A few months later Henrietta married a hotel manager, Edwin Binns Taylor, and they moved to Birmingham to manage the Great Western Hotel.  A year to the day that she married Edwin she fell ill and died age 40.  Her death may have been due to an ectopic pregnancy.