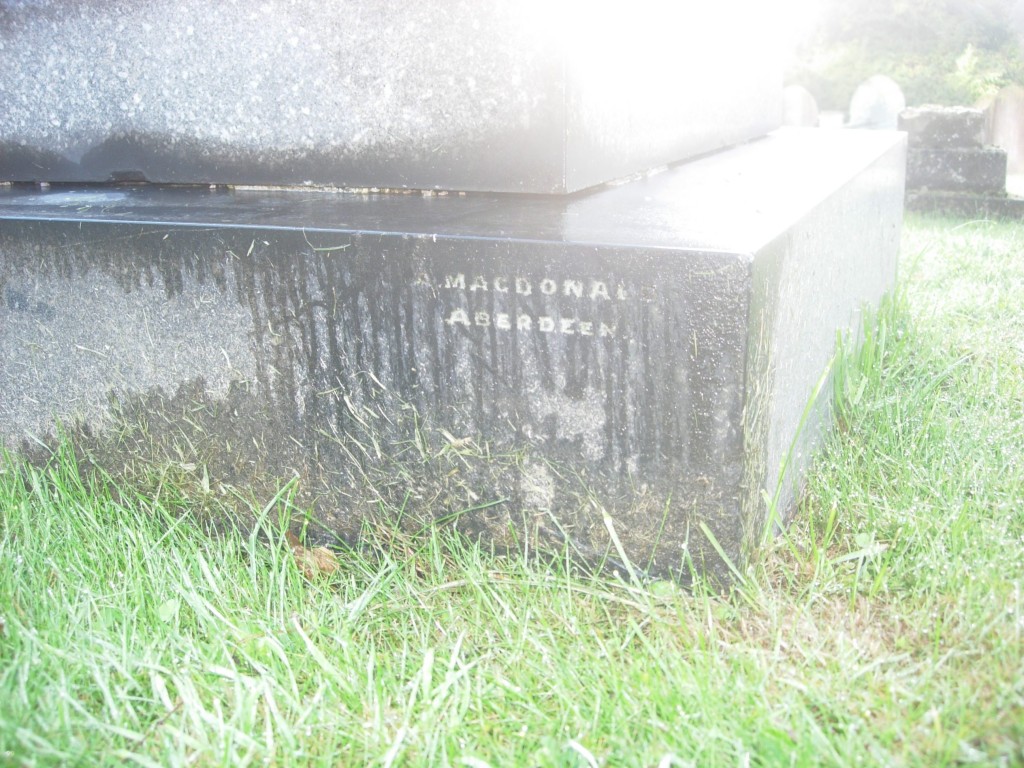 Alexander MacDonald senior (1794-1860) trained as a stonecutter, but from 1829 onwards sought to revive the art of granite polishing practised by the ancient Egyptians. He pioneered the use of steam power for polishing, and for stone saws and lathes, using the magnificent granites to be found in the quarries of Aberdeenshire.

His son, Alexander MacDonald junior (1837-84), continued the firm, earning it the royal patent ‘Her Majesty’s Workers in Granite’ in 1867. By the end of the century, the firm employed over 100 workers, with branch offices in Glasgow and London. It remained in business until 1941.

The one grave in Mill Road Cemetery known to have been built by MacDonald is (the number given here is that assigned in the transcriptions by the Cambridgeshire Family History Society):

It is likely that this monument was created at the Aberdeen works, then exported by train to Cambridge. Whether the inscription was done in Aberdeen or locally is an open question.