Between 1898 and 1940, the firm of T C Stanbridge had stonemasons yards at 18 Derby Street in Newnham Croft, Mill Road, Newmarket Road, and High Street, Chesterton. 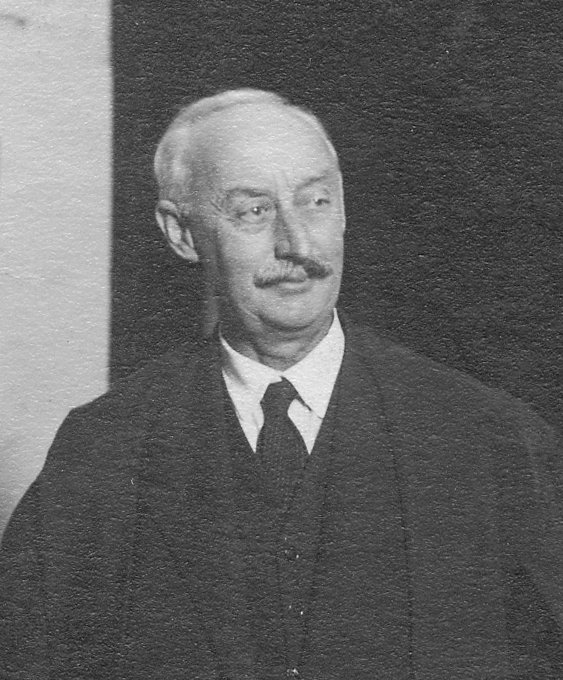 Thomas Stanbridge junior was born in 1872 in Cambridge, and was baptised at the church of St Andrew the Great on 23 September 1873, his home being 6 Fields Passage – close to Christ’s College and next to Bradwell’s Yard, where his father, Thomas, worked as a mason’s labourer. Thomas Charles followed his father’s trade, becoming a monumental mason and sculptor. In 1891 he married Sarah Ann Hatton, and over the next 20 years the couple had seven children.

His father, Thomas, had been sexton and constable of St Botolph’s Church on Trumpington Street from at least 1881, and when he moved to be Custodian of Mill Road Cemetery in 1897 Thomas Charles succeed him in that position. In 1916 he became verger and sexton of St Edward’s Church in the town centre, a position he held until his death in 1950.

The firm of T C Stanbridge

From about 1891 to 1898, Thomas and Sarah lived at German Cottages, Mill Road (on what is now the Brookfields Hospital site). They moved from there to ‘Kirwee Cottage’, 18 Derby Street, in Newnham Croft. This is now 18A: the present-day modern No. 18 was then his ‘monumental works’. After Thomas’s death in 1950, Sarah continued to live there, and after her their daughter Bertha occupied the house until about 1965. For some years in the early 1900s his son Horace worked with him.

In addition to Derby Street, Thomas opened masonry yards at 36a Mill Road (almost opposite the cemetery gates and the Ivett & Reed showroom) from 1907 to 1913, then briefly Grantchester Meadows 1909-11. In about 1913, he opened one near the new Newmarket Road cemetery (next to the present Macdonald’s – Farrance house), retaining it until it was taken over by the Home Office for defence purposes in 1939. Around 1938 he acquired the property at 60 High Street, Chesterton.

The firm cut and lettered graves not only for Mill Road Cemetery but also for other cemeteries in the area, including Histon Road and Ascension cemeteries, and for outlying churchyards. He also carved public monuments – the war memorial in Fulbourn is a fine example of such work (see illustrations).

The following graves in Mill Road Cemetery are known to have been built by Stanbridge (the numbers given here are those assigned in the transcriptions by the Cambridgeshire Family History Society):

In addition, one of Thomas Charles Stanbridge’s sons, and his parents-in-law, are buried in Mill Road Cemetery. Located to the north-east of the centre circle, the grave is a stone cross in the parish area of St Botolph. It is not signed by Stanbridge but was presumably made by the firm [see illustration]:

The firm also made the grave beneath which three of Thomas Charles’s brothers and one sister are buried:

By Ian Bent with Robert Webb